The 2011 1.Līga season was game-changing for the club. Out of the 13 participating teams, Spartaks finished 3rd place with 16 wins, 4 draws and 4 loses in 24 matches. Due to the fact that 2nd place Liepājas Metalurgs-2 were the second team of a Virslīga side and were not eligible for promotion playoffs, the promotion chance was given to FK Spartaks. 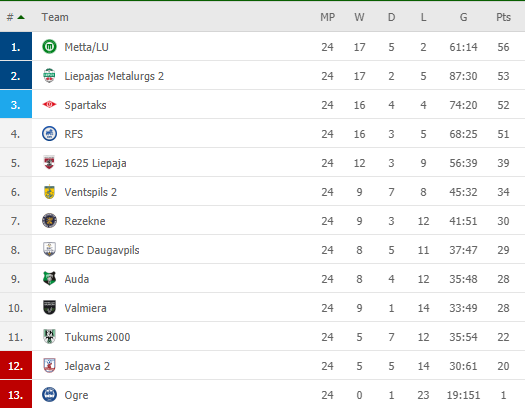 The club qualified for the promotion playoffs, where they would face the 9th placed JFK Olimps. Spartaks won both games- 2:1 away and 2:0 at home to secure a place in the 2012 Virslīga competition, only less than 5 years before the establishment of the club.

Squad that helped the team to reach the top division: